UNESCO World Heritage Site and European Capital of Culture 2018, Valletta is for sure one of the grander, even if smaller, capital cities in Europe.
Named after the Grandmaster of the Knights of St John, Jean Parisot de Valette, Valletta was founded one year after the Great Siege of 1565, when the Ottoman forces tried unsuccessfully to take the island. One of the main reasons for using the hill as a foundation for the new city was to deny any future invaders such an excellent vantage point over the Grand Harbour.
Over the centuries, the city of Valletta has lost none of its charms and in the last few years it has been able to reinvent itself from “a city built by gentlemen for gentlemen” to a cosmopolitan and lively city, where magnificent ancient buildings coexist with ultramodern architecture designed by the world-renowned architect Renzo Piano.
The new City Gate, Parliament and the Opera Theatre/Pjazza Teatru Rjal, the newly restored Triton Fountain and its square, the new food Market (Is-Suq Tal-Belt) are just few examples of the deep transformation process Valletta went trough in the last few years.
Once per year, during Notte Bianca, State palaces and museums open their doors to the public free of charge.
2018 Notte Bianca will take place 6th October. This is Malta’s biggest annual arts and culture festival. From the City Gate to Fort St. Elmo, Valletta will come alive with a spectacular celebration that will encompass music, dance, theatre, visual arts, literary events, new and digital arts.

HOW TO REACH VALLETTA

You can reach Valletta by bus from anywhere in Malta, please click here to find your route.

There is also a ferry service from Sliema and Cospicua (Three Cities). Please find the planned schedule here.

Accommodation in Valletta is quite expensive. Indeed you will find 3 to 5 star hotels, boutique hotels and very few guest houses and almost no budget apartments. If you plan to stay in Valletta it is better to plan well in advance as it get easily fully booked, especially between April and September.

You can try to find accommodation on booking.com. 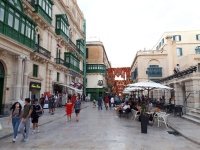 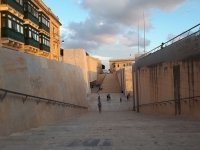 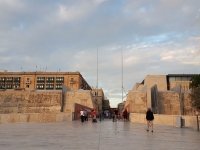 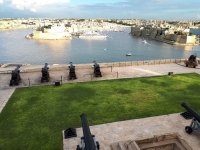 Consecrated in 1578, the Co-Cathedral of St John is dedicated to John the Baptist, the patron saint of the Knights of Malta. It is a gem of baroque art and architecture. Decorated by the knight and Calabrian artist Mattia Preti, the interior prominent features include the marble tombstones covering the nave – under which prominent knights lie buried – and classic works of art like Caravaggio’s masterpieces The Beheading of Saint John the Baptist and St Jerome writing.

Opening time
Monday to Friday from 9.00 to 16.30 (last admission at 16.00)
Saturday from 9.30 to 12.30 (last admission at 12.00)
Closed on Sunday and Public holiday.
Entrance fee
€ 10 adult visitors, € 7.50 seniors and students, free children under the age of 12.
The fee includes: handheld audio guides with 24 stops available in Maltese, English, Italian, French, German, Spanish, Japanese and Russian.

Built by the Knights of St John in 1552 and named after the patron saint of sailors, Fort St Elmo has since played a pivotal role in Maltese history thanks to the strategic position over the Grand Harbour.
Today it hosts the National War Museum which houses an excellent collection of items from prehistoric times. However, the most important icons of the museum are in the two halls dedicated to Malta’s role in WW I and WW II: the Gloster Sea Gladiator N5520 FAITH, Roosevelt’s Jeep ‘Husky’ and Malta award for gallantry, the George Cross.
Opening time
Monday to Sunday from 09.00 to 18.00 (April till September) Last admission at 17.30
Monday to Sunday from 09.00 to 17.00 (October till March) Last admission at 16.30
When the In Guardia is scheduled to take place, the museum opens at 12.00 (instead of at 09.00hrs)
Closed 24th, 25th & 31st December, 1st January & Good Friday 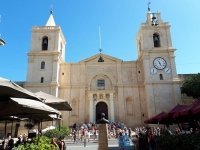 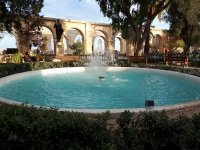 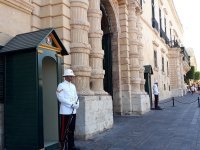 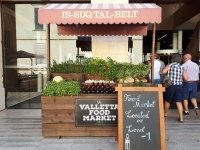 St George’s Square is at the exact centre of the city. Characterised by the dancing water jets in the middle, St George’s Square is ideal to have a break during your visit of Valletta in a scenic setting.
The Grandmaster’s Palace serves as the President’s Palace, while the Old Chancery houses the Italian Cultural Institute.
Every last Friday of the month you can witness the Changing of the Guard Ceremony. The parade starts at 10.30 hrs.
A section of the Palace is also open to the public and you can visit the richly decorated state rooms at the top, or see the medieval weaponry on display in the Grand Armoury on the ground floor.

THE NATIONAL MUSEUM OF ARCHAEOLOGY

Built in the 16th Century, the Auberge de Provence was reopened as the National Museum in 1958. The museum houses a unique collection of prehistoric artefacts dating back to Malta’s Neolithic period (5000 BC) up to the Phoenician Period (400 BC).
Highlights include the ‘Sleeping Lady’ (from the Ħal Saflieni Hypogeum) and the ‘Venus of Malta’ (from Ħaġar Qim).
Opening time
Monday to Sunday from 9.00 to 17.00 (January and February)
from 9.00 to 18.00 (March till December).
Closed 24th, 25th and 31st December, 1st January & Good Friday.
Entrance fee
€ 5 adult visitors, € 3.50 youth, senior citizens and students, € 2.50 children (6-11 years), free of charge infants.

If you are looking for the perfect spot from where to enjoy a breathtaking view of the Grand Harbour and the old towns of Vittoriosa and Senglea, you need to visit the Upper Barrakka Gardens.
Once a gun battery, you can still see the Saluting Battery immediately below the terrace that will signal the mid-day salute everyday at noon.
From the Upper Barakka Gardens you can take the panoramic lift to the Valletta Waterfront. The lift is free of charge on the way down, but has a € 1  fee on the way up.

THE LOWER BARRAKKA GARDENS AND THE SIEGE BELL

Originally a gun battery and made into a public garden in the mid 19th Century, the Lower Barrakka Gardens present as well an excellent view of the Grand Harbour.
Facing the garden is a limestone tower on which stands the Siege Bell Memorial. This monument commemorates all those who lost their lives at sea while trying to get supplies to Malta during the Second World War. Every day the Siege Bell rings at noon to remember those brave men.

The Victorian-era structure has recently been transformed into a a modern food market where you will find outlets on the basement levels and international culinary specialities to taste at the street level. Ideal location to enjoy a glass of wine and a Maltese platter.

Heritage Malta, the national agency for museums, conservation practice and cultural heritage, gives you the opportunity to buy The Valletta ticket which includes entrance to the Palace State Rooms, Palace Armoury, National Museum of Archaeology, Fort St Elmo – National War Museum, and the Malta 5D show.
The Valletta Ticket has a validity period of 30 days from first use and includes one entry per museum / site.
The ticket price is €25.00 for adults, € 20 for seniors and students and € 15 for children. You can buy the ticket online here.

OTHER POINTS OF INTEREST 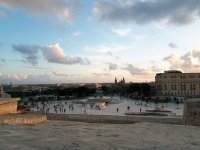 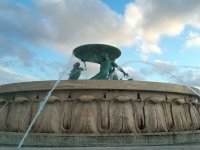 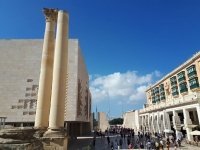 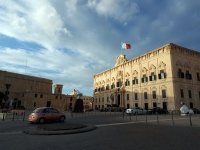 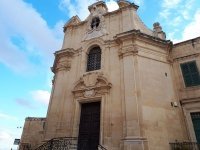 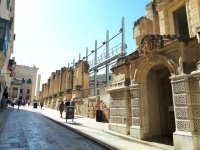